“There is no pit so deep that God’s love is not deeper still.” Betsie ten Boom, Nazi Holocaust prisoner

“Corrie Ten Boom speaks to an audience about her time in a Nazi Concentration camp during World War II regarding forgiveness. This short film was the culmination of her talk, footage of the war, scenes from the Passion, and an original song titled “There is No Pit” by Jesse Fister.
Some images are graphic and may be considered unsettling.”

Sinner or Saint? What does the bible say?

Mine Eyes are Ever Toward the Lord

And ye shall know the truth, and the truth shall make you free. John 8:32

When the Savior Reached Down for Me

Follow Welcome to You Shall Be Free Indeed Ministries! on WordPress.com 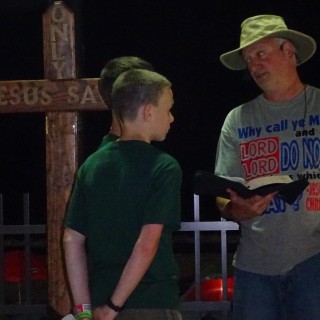 Servant of the Lord Jesus Christ.

Go ye into all the world and preach the gospel to every creature. Mark 16:15

Blessed is the man that walketh not in the counsel of the ungodly, nor standeth in the way of sinners, nor sitteth in the seat of the scornful, But his delight is in the law of the Lord; and in his law doth he meditate day and night. And he shall be like a tree planted by the rivers of water, that bringeth forth his fruit in his season; his leaf also shall not wither; and whatsoever he doeth shall prosper. Psalm 1:1-3
Join 27 other followers